"Discover the breathtaking natural beauty of Vancouver Island's West Coast on a 2-Day Private Harbor City Tour. From surfing and kayaking to whale watching, you'll be able to indulge in a range of outdoor activities. Your tour includes a ferry ride to Nanaimo, a visit to Coombs market, Port Alberni, the Wild Pacific trail in Ucluelet, Long Beach, and the charming town of Tofino, plus endless hiking trails. On day one, you'll depart Vancouver at 7:15am and enjoy the ferry ride through the Strait of Georgia to Nanaimo, followed by a visit to Englishman River Falls and Pacific Rim National Park. On day two, you'll have the chance to explore Tofino, a surfer's paradise, and take part in various activities such as surfing, whale watching, bear watching, or kayaking. You'll depart Tofino in the afternoon and arrive back in Vancouver at 10pm. Book now for a once-in-a-lifetime adventure!"

Vancouver To Nanaimo and Tofino

Stop At: Horseshoe Bay, West Vancouver, BC, Canada
Depart Vancouver and head west for the short drive to BC Ferries Horseshoe Bay terminal. If time allows, stroll the scenic village of Horseshoe Bay.

After boarding the ferry in Horseshoe Bay, enjoy the 1.5-hour trip to Nanaimo. Enjoy breakfast onboard, or head to the upper deck to take in the fresh air and scenery. Keep an eye out for whales, eagles and other wildlife – the Salish Sea is a rich marine environment.
Duration: 2 hours

Stop At: Nanaimo, Nanaimo, Vancouver Island, British Columbia
Known as the “Harbour City” due to its lovely, island-sheltered harbour right in the middle of the city, this urban oasis offers the best of both worlds with a wealth of recreation from hiking, kayaking, boating and world class snorkeling and scuba diving to great dining, shopping, museums and festivals.
Duration: 45 minutes

Stop At: Old Country Market - Goats on Roof, 2326 Alberni Hwy, Coombs, BC V0R 1M0, Canada
Depart the ferry and follow the signs to drive north. After passing through Nanaimo you will quickly find yourself in the quiet district of Coombs/Errington, home of the famous Coombs Country Market, known for its resident roof-top goats.

Take an hour or two to peruse the market and adjoining stores – it’s a feast of sights, sounds and smells. Food, baked goods, candy, specialty crafts and ice cream – 55 flavours – are just some of the unique and tasty things to explore. And don’t forget to look for the goats
Duration: 45 minutes

The meandering trails at this popular stop allows visitors an up-close look at the trees that make up BC’s iconic rainforest – massive Douglas fir and Western red cedar trees that are more than 800 years old and up to 9m/30ft in circumference.

This sprawling oceanside town has deep roots in the forest and fishing industries and it proudly showcases this connection through sites like McLean Mill National Historic Site and the Maritime Discovery Centre. From downtown, board a 1929 ex-logging locomotive for a trip through downtown and the surrounding forest to the historic McLean Mill.


Pass By: Ucluelet, Ucluelet, Barkley Sound, Alberni-Clayoquot Regional District, Vancouver Island, British Columbia
Welcome to the Pacific Rim! The short drive down the Ucluth peninsula takes you to the small town of Ucluelet, where outdoor adventure is the order of the day. Looking to hook the big one? Fishing charters abound. Hungry? Head to Norwoods for an unforgettable meal, or enjoy the spectacular views from Black Rock Resort. Several surf schools offer rentals and lessons, or try a guided kayak tour the harbour or the Broken Group Islands.

Stop At: Tofino, BC, Canada
Drive through Pacific Rim National Park and then check into your hotel and enjoy free time to spend as you like. Dinner (not included) will be followed by a campfire on the beach with roasted marshmallows and s'mores for dessert (weather and fire restrictions)
Duration: 6 hour

Stop At: Tofino-Long Beach Chamber, Tofino, BC V0R 2Z0, Canada
Catch a wave – Tofino was named North America’s best surf town – at one of the many local beaches. Surfing is a year-round sport; popular spots include Chesterman Beach, Cox Bay and Long Beach. Whale watching, wildlife viewing and bear watching(your own expense )opportunities abound, and no trip to Tofino is complete without a trip (and dip) in scenic Hot Springs Cove.

Pass By: Port Alberni, BC, Canada
activities and attractions. Only 193-km (120-mi) from the provincial capital, the city boasts a magnificent, deep-sea port at the head of the Alberni Inlet opening into Barkley Sound and the Pacific Ocean.

The city, and surrounding valley, enjoys a moderate climate and is well-known for it's breathtaking scenery. Surrounded by mountains, freshwater lakes and streams, the area is wildly popular for its salmon sport-fishing, scuba diving, kayaking, windsurfing, boating, waterskiing/wakeboarding, hiking, mountain biking, ATV'ing, golfing and wildlife viewing.

Pass By: Nanaimo, Nanaimo, Vancouver Island, British Columbia
Nanaimo is a city and ferry port on the east coast of Vancouver Island, in British Columbia, Canada. At its heart, the Nanaimo Museum displays exhibits on the city’s industries and indigenous peoples. Near the Harbor front Walkway, the Bastion is an 1853 wooden tower with cannon firings in summer. Shops and cafes fill the Old City Quarter. Offshore, on Newcastle Island, trails lead to beaches and First Nations sites.

Stop At: BC Ferries Departure Bay Terminal, 680 Trans-Canada Hwy, Nanaimo, BC V9S 5R1, Canada
will come to the Nanaimo City Center where we could visit the Nanaimo Fish Market and Urban Art. In the afternoon we will take a ferry back to Vancouver.

Meals included:
• Breakfast
No accommodation included on this day. 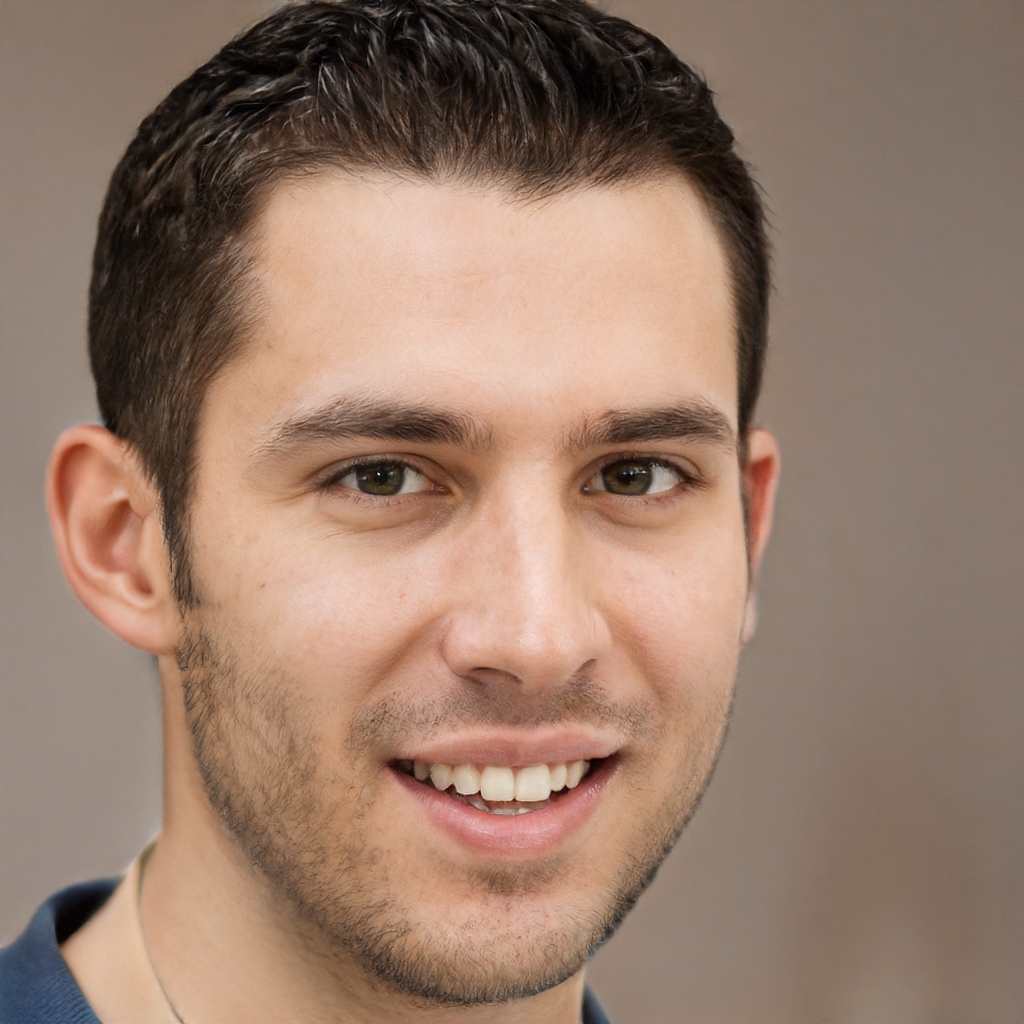 I had a wonderful trip to Rocky Mountains through the company. The accommodations were well located and some of the nicest in the areas we visited 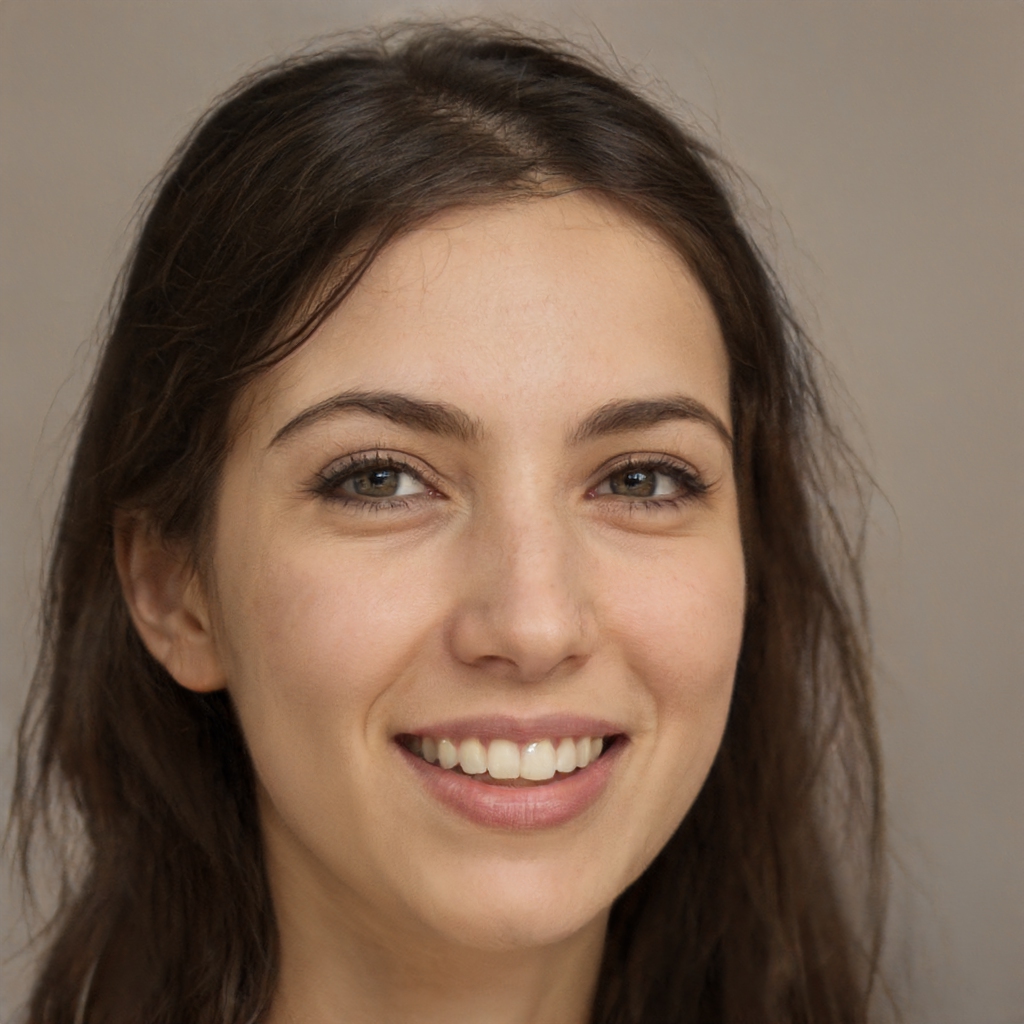 Our guide Stuart and bus driver Pete did a great job in making this an amazing tour! So many nice views and good accommodations. Highly recommended. 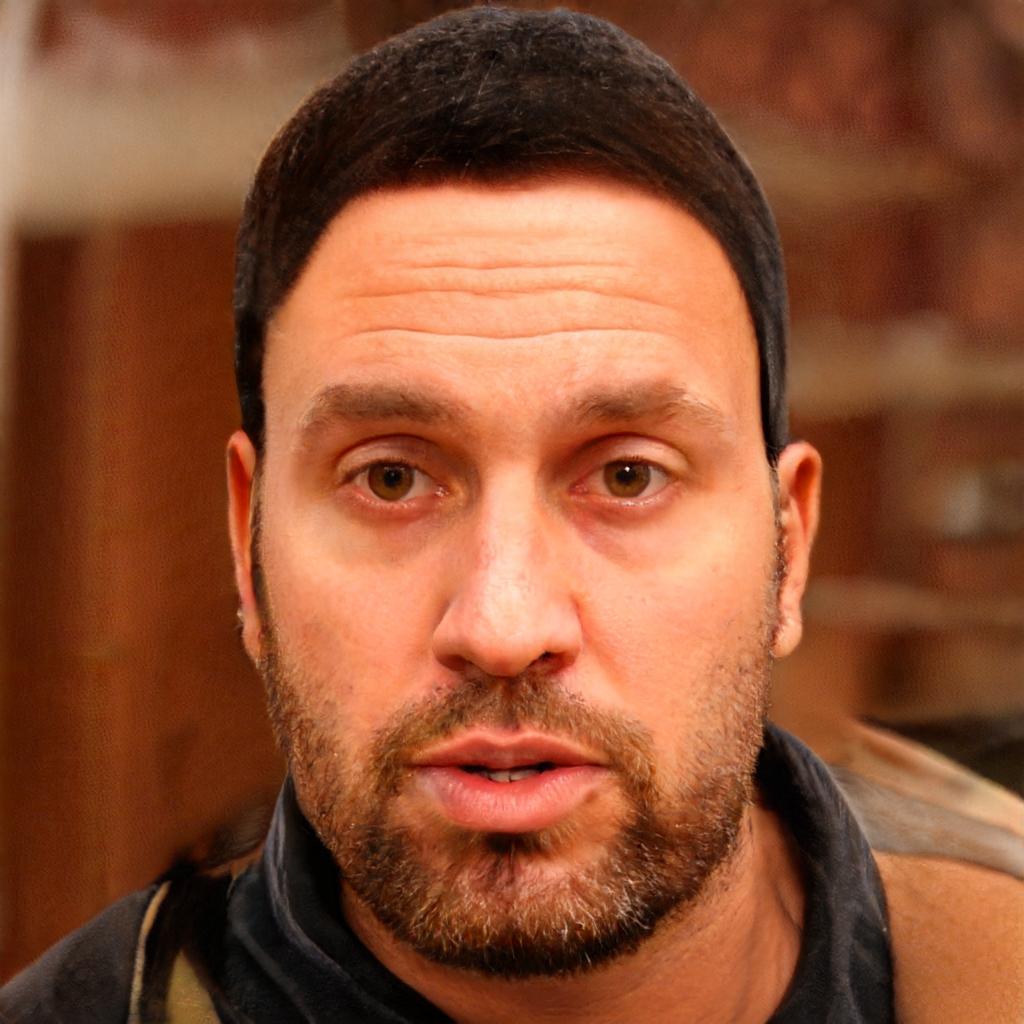 I had an excellent time on this tour. The scenery was fantastic, our tour guides, 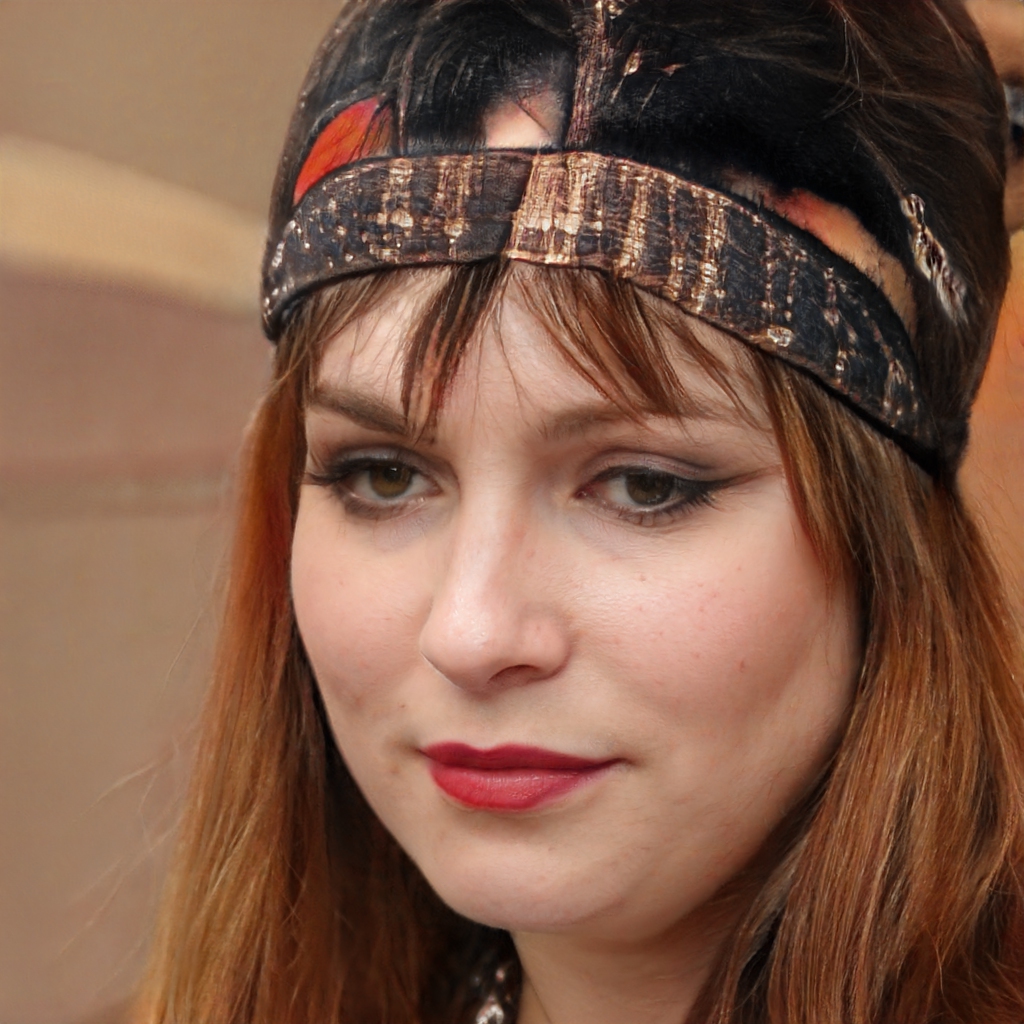 We have the highest praise for this tour. Starting from the itinerary, scenic spot stops, hotel stays, safety, comfort and fun during the bus ride we would give this tour a ten on ten! Our special thanks to Anant 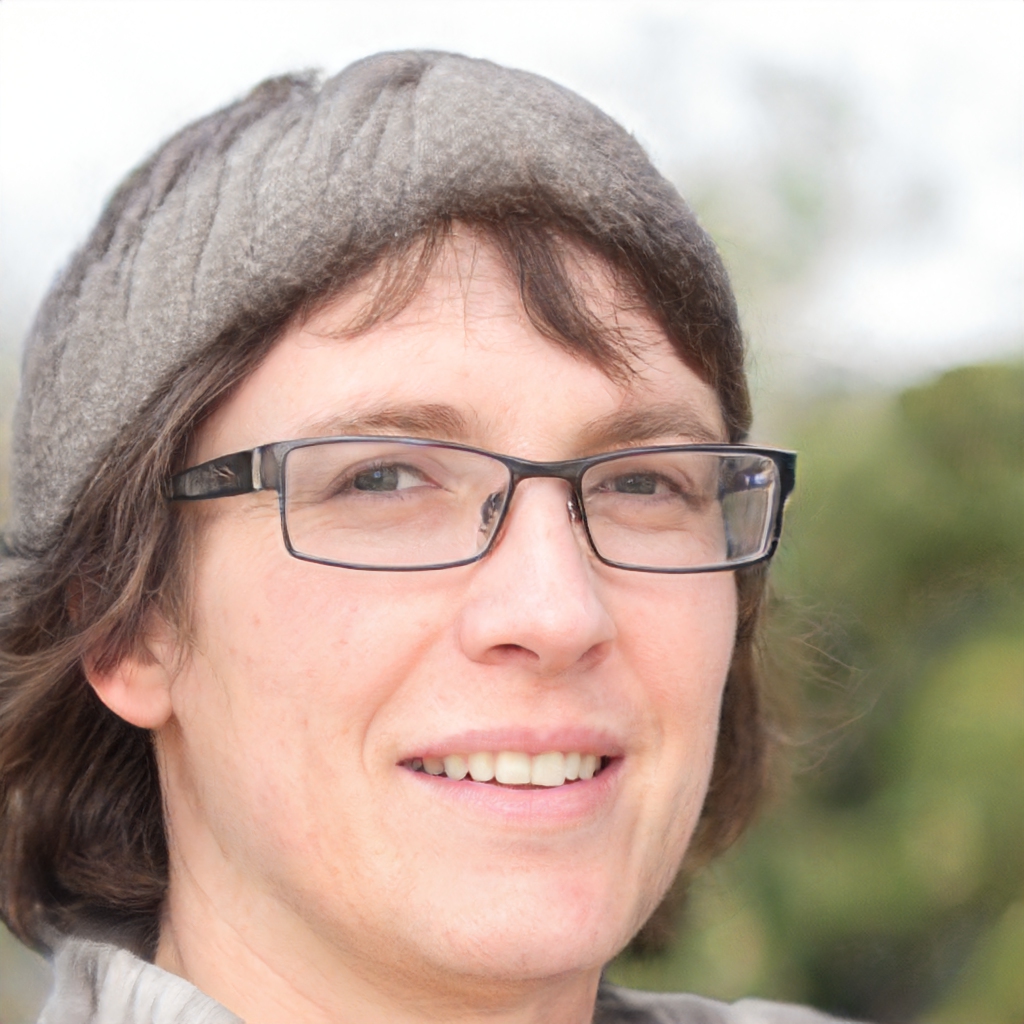 It was wonderful tour!! The guide and her team are so kind and friendly. Also very professional. I'm not good at English, but she explains it easily

Our tour offers an amazing Vancouver to Nanaimo, Ucluelet, Tofino 2 Days Harbor City Tour Private in a Full Private SUV. For a detailed itinerary and dates, check out our page.